The name is interpreted according to the combination of two words, my father - אבי   see Genesis 9:18, and help / helper – עזר, see Ⅱ Kings 14:26, the name Abiezer means - my father (father = god) is my helper.

Abiezer is one of the names mentioned in the Samaria Ostraca, which consist of 102 inscriptions from the 8th century BCE. The Ostraca were discovered in excavations by Harvard University in Samaria in 1910, and another seven Ostraca were found in excavations that were conducted there during the years 1931-1935. The Ostraca were confiscated by the Turkish authorities and taken to the Istanbul Museum. The significancy of the Ostraca is in the names of the people and the places that are mentioned on them.The inscriptions provide hints of the administration and economy of the Kingdom of Israel in the 9th and 8th centuries BCE. The potsherds were found in the palace of the kings of Israel in Samaria and they are documenting the shipments of wine and oil to the palace. The format of the inscriptions is fairly constant: the date given by the year of the kingly rule (the king´s name is not mentioned), the name and quantity of the product, and the name of the place and the person that the product is sent to. One of the names that were written is Abiezer. This can be a privet name or an name of a place the the Abiezer family (from the tribe of Manasseh). 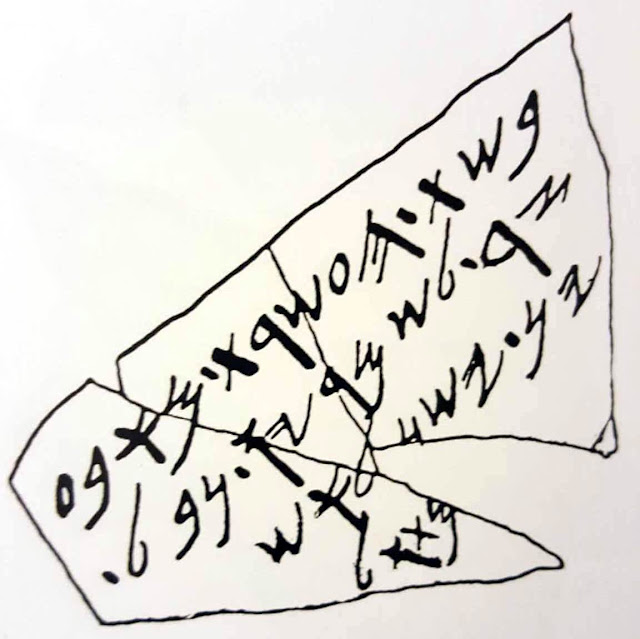 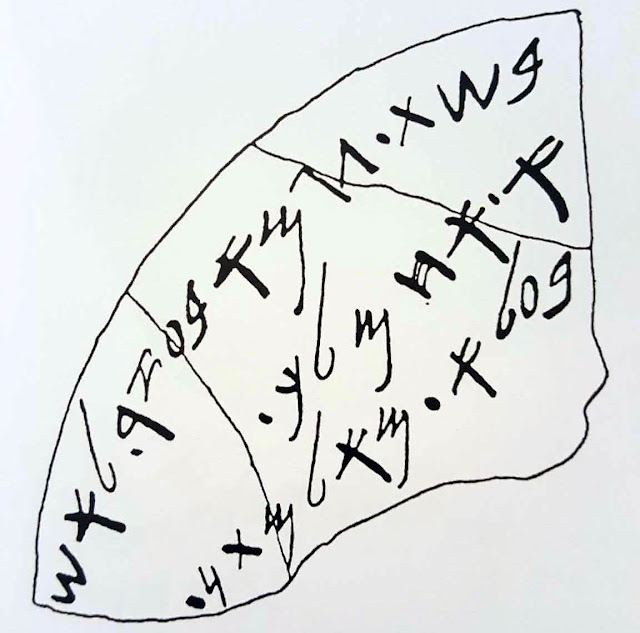 Bibliography
Shmuel Ahituv -  "HaKetav VeHaMiktav" second edition 2012 ,Handbook of Ancient Inscriptions from the Land of Israel and the Kingdoms beyond the Jordan from the Period of the First Commonwealth.